“This is my fight song. Take back my life song. Prove I’m alright song”. – Rachael Platten

So, I’m back. Did you miss me? I didn’t have time to blog through the spring and summer. I wrote plenty of posts in my head, which made me feel better, but I didn’t put it out there for y’all to read. So, what have I been doing? I’ve been running, of course. I’ve also been dealing with some real lemons that life has handed me. I’m trying really hard to make lemonade (not the Beyonce kind) but my proverbial pitcher keeps breaking and the lemonade keeps spilling out.

In late April, I ran the Tarheel 10 Miler for the third year. It wasn’t any easier but the free Blueberry Wheat at Top of the Hill made it worth the trek. Heather and I paced her mom, Sandy, on her longest run. 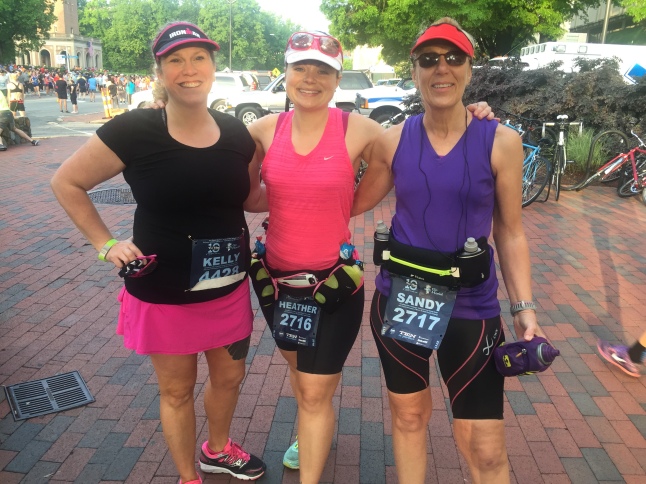 In May, I ran the Biltmore 15K. It was fabulous. I ran with my Oiselle teammates. This course was the most beautiful but also the most difficult I’ve had the pleasure to run. I think for folks who live in the mountains “rolling hills” means something different than it does to us lowlanders. I felt like it was 7 miles straight up a mountain and about 2 miles down. My splits look crazy and it is obvious when I was climbing. It was also cold. So very, very cold. I never warmed up. The company was the best, though, and I forgot how miserable I was because my teammate Sarah and I talked the whole way. 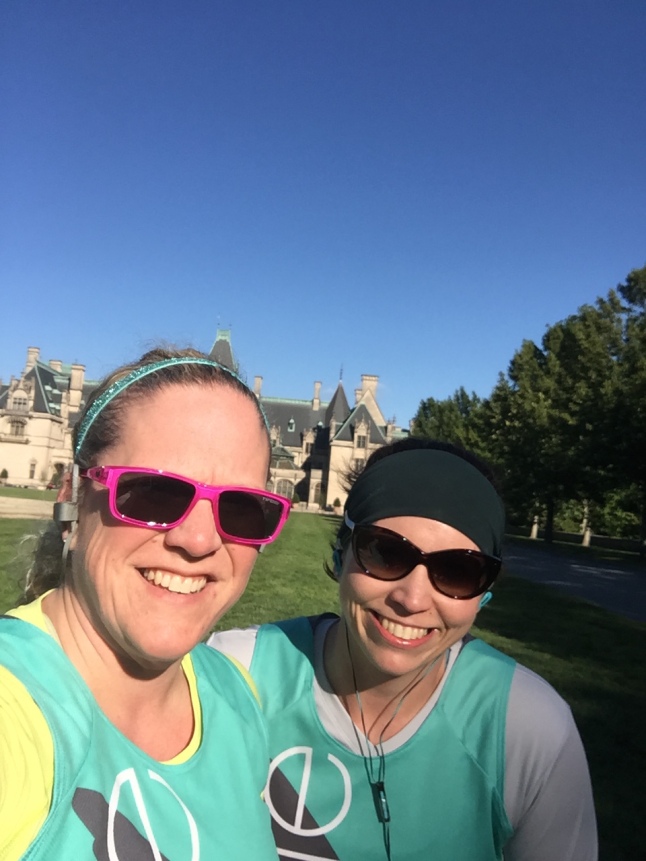 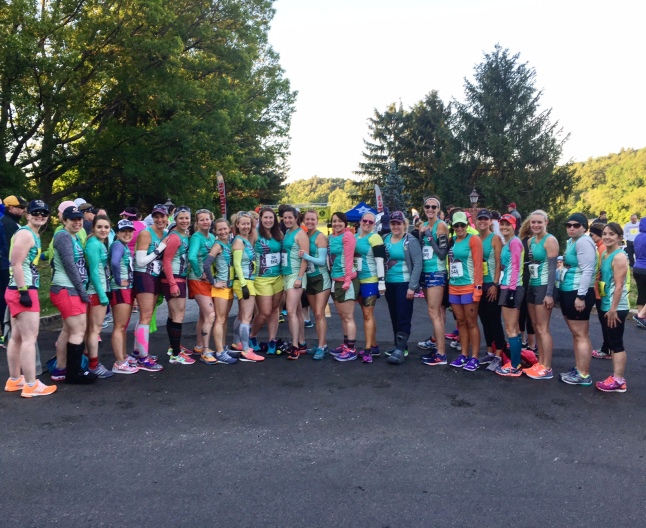 I ran the  Running of the Bulls 8K. It was hot. I spent the summer in Fleet Feet’s Summer Speed Series or Monday Crew. I was the slowest runner in the crowd but we were on the track so it didn’t matter. I trained with Melody, Danny and Jenni and we called ourselves the Half Ass Crew because we could only do about half the workouts in the amount of time it took the fast folks to do the whole workout. I got a little faster. I sweated a lot. Like more than I’ve ever sweat before. I definitely stepped out of my comfort zone. I’ll do it again next summer. I ran the 4 on the 4th again to prove my speediness. I was about 1 minute off my PR but it was hot and I stopped to help a fellow runner on the course so I’ll take it. 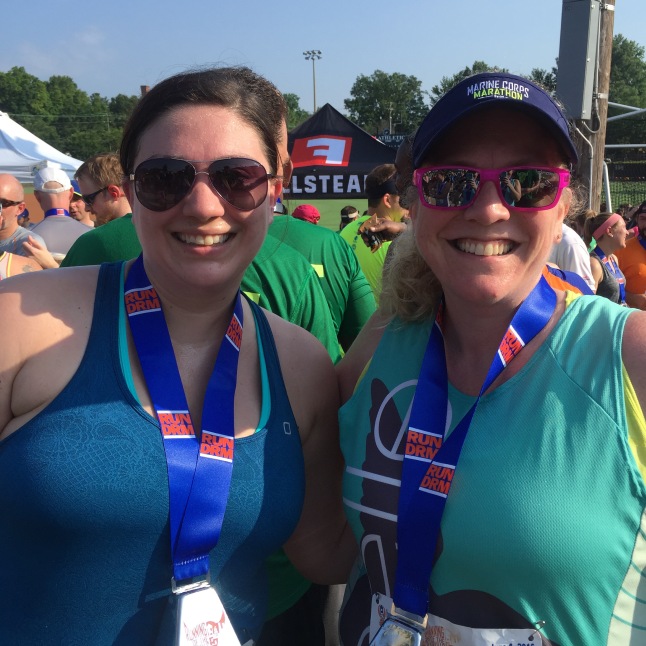 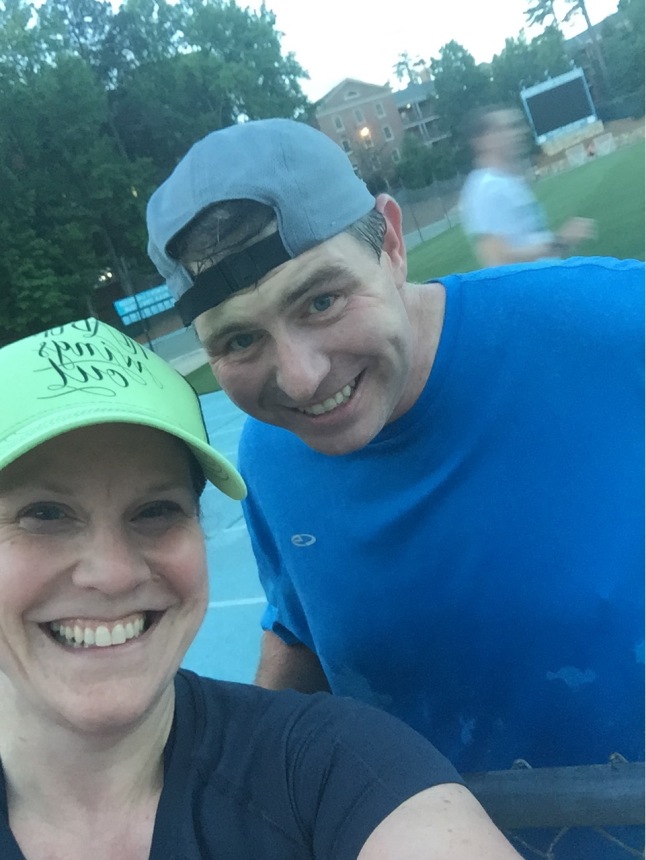 I’ve struggled a lot about what to do about a third marathon. I signed up without hesitation or regret in December. Coming off the MCM, I wanted redemption. Running through the spring, I struggled. I don’t know why I could never find my groove. I began to doubt my ability to finish another marathon. Do I really want to suffer so much and for what? See, Kiawah also has a half so I could still go with everyone but not run the full. I decided not to do it. However, as the new training season drew closer and as I planned with Nora, Kirsten and Melody, I didn’t want to say I was “only training for the half”. So, I’ve decided to go for it. The training is later in the year, it won’t be so hot, Kiawah is flat, it has a longer cutoff than MCM. I can talk myself into anything. I also think because of some of the things I am struggling with in my personal life, I want to physically exhaust myself. I want to punish my body but I also want to prove that I can do hard things. I need to train for a marathon to clear my headspace. I also still want redemption. 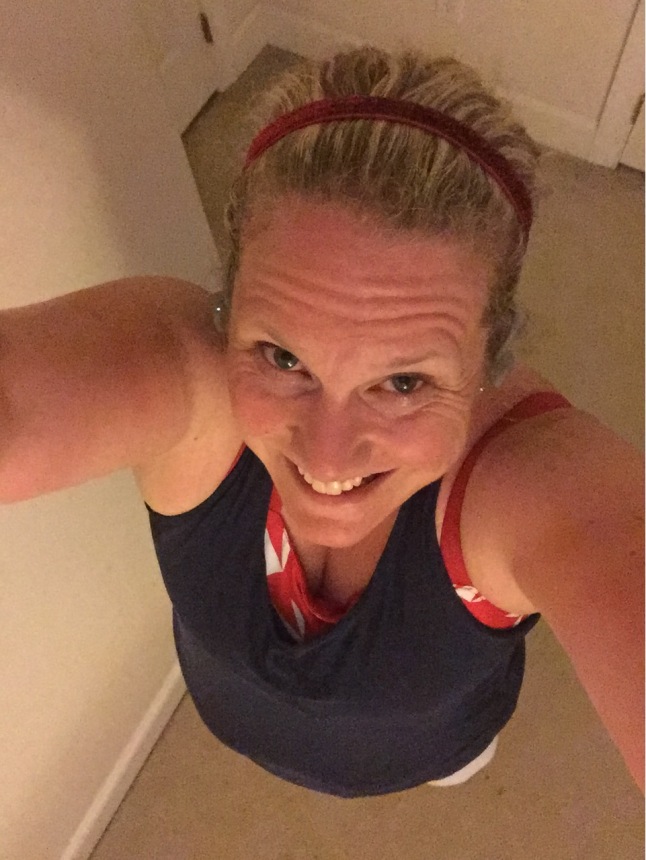 I love when a new training season starts at Fleet Feet. Each time, I feel like there is so much potential and possibility. I’m determined to make this work, to find redemption. Now, if I can just get over this horrible case of bronchitis that made me cut my long run short by 2 miles yesterday, I can make this work! I might also be tricked by these fancy new Brooks Glycerins because y’all know I am always motivated by new running shoes. They just look like they will make me run fast. 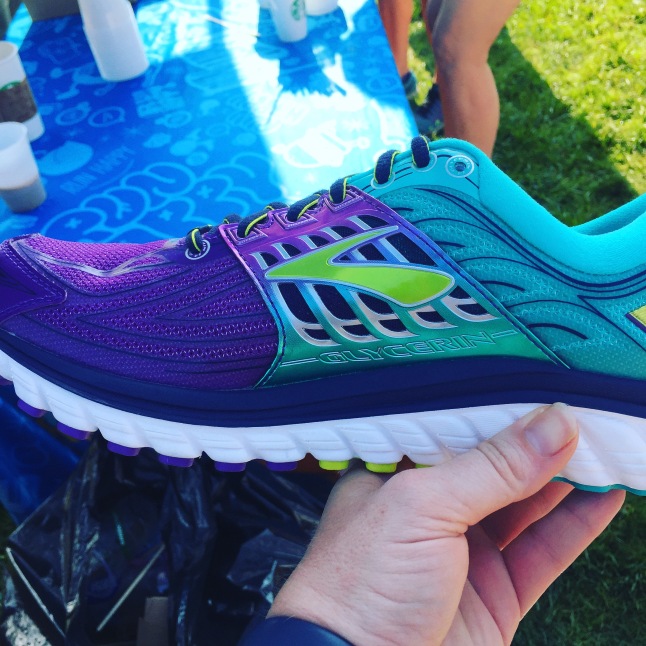