The Saucony 26Strong Program is a training program sponsored by Saucony and Competitor Group (Rock N Roll race series, Women’s Running Magazine, Competitor Magazine) where 13 coaches (mostly fitness bloggers, coaches and trainers) are paired with 13 trainees attempting their first marathon. As part of the program, coaches and trainees blog, Tweet and Instagram their progress and advice. The program pays for each team to run a marathon. Saucony outfits the teams in gear. Check out the webpage here http://running.competitor.com/saucony-26-strong

Here is a lesson in impulsivity. After running 2 half marathons, I started thinking about maybe, possibly, one day, at some point, running a full marathon. Can you tell I was undecided? It is one of those things that, as distance runner, you feel like you should do at least once in your life but aren’t really sure you actually want to do it. Everyone kept asking “so, are you going to run a whole marathon?”. Runner friends of mine, who have run for years, told me if I was going to do it, I should do it now, rather than waiting until I was older and possibly, more injured. So, I thought I would give it a go in 2015 (I wasn’t all “carpe diem” about running 26.2 miles. 13.1 was/is still hard).

Fast forward to Another Mother Runner party at Capital City Run Walk in Raleigh in late April. If you don’t know the ladies over at Another Mother Runner,(Sarah Bowen Shea and Dimity McDowell Davis), you should run right over and check them out. I found them when I first started on this fitness routine. They wrote two great books called “Run Like a Mother” and “Train Like a Mother” which helped me with this whole thing called running. They show tired, stress out mothers how to fit running into their lives and how to not feel guilty about it. They are also seriously funny and I love a good laugh. They travel around the country holding parties at local running stores where they read from their books, inspire the AMR Tribe (as we’re called) and give out great swag. Oh, and there is beer! The Raleigh party was packed! I don’t think we could have fit one more mother runner in that store. During the presentation, Dimity and Sarah mentioned that they were chosen by Saucony (one of their sponsors) to recruit two women who wanted to train for their first marathon to be part of the Saucony 26Strong program. “Hmm”, I thought, “Maybe training for a full marathon would be easier with a coach and 1000s of women watching my progress. I’m a sucker for accountability.” They said to check out their website for details.

I wake up every morning long before my family and spend a little time on social media, pinning things on Pinterest, etc. So, the next morning, I logged on to the AMR website and submitted my entry for the 26Strong Program with absolutely no forethought. I wrote a little post. It was not well thought out. It contained typos (hey, I was on an iPad at 6:00 AM) but it came from the heart. Why I wanted to run a marathon (I wasn’t sure I wanted to). I never win anything.

The next week, on a Wednesday, I woke up and checked my e-mail. I receive e-mails when AMR updates the blog. There was a link to the blog post announcing the winners for the AMR team for Saucony 26Strong. I clicked through, expecting not to win and then, there was my name as Dimity’s pick! WHAT?!!!!!! I woke everyone up and told them I had won. My husband said, “What? You’re running a marathon? When? Are you sure? How are you going to fit all this training in?” (always the voice of reason, that man). My 11 year old daughter was super excited (she met the AMR group at the Disney Princess Half Marathon Expo) and my son was like “Where is my chocolate milk?”. Here is a link to the AMR post announcing the winners http://anothermotherrunner.com/2014/04/15/two-winners-26strong/

I accepted, despite mine and everyone in my family’s reservations. I am running the Philadelphia Marathon on November 23 with Dimity, Sarah and the other AMR trainee, Alison as part of 26Strong. In the meantime, I’ll put in the training miles and blog about my progress. I’ll probably also complain but I will always tell myself “I get to do this” (quoting a fellow member of the AMR Tribe, Adrienne Martini). Hang on for the ride, friends. It is going to be hard. It is going to be fun. It is going to be epic to cross that finish line. 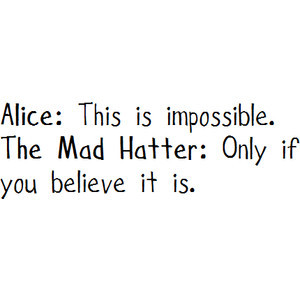